The Donegal GAA hosted a fundraiser night at the races in Leopardstown Race course last night. Over 700 guests turned up for the event enjoying a five course dinner, putting on a few bets and a good nights fun.

It was great to see so many faces from Donegal. The night was organised by the Dublin/Donegal Business Network.  Charlie Collins from Sports hub was compere for the evening keeping all under control.

Fifteen items were auctioned off by Sean Perry raising more money on the night. Various presentations were made to past footballers including Neil Gallagher.

The function rooms both upstairs and downstairs was a sea of green balloon. Leas Ceann Comhairle Pat the Cope was there as well as Mary Coughlan, the Kelly’s from Frosses. Donegal Person of the year Stephen McCahill and the Donegal/Dublin Association committee. Martin McGettigan, Fr. Brian Quinn, Fr. Brendan McBride, I could go on and on, but the night was very well supported.

Thanks to Michael Naughton from the Clanree Hotel for inviting me. It was a race back to Donegal afterwards for me later that night as I was invited along to Shaun Doherty’s last programme on Highland Radio this morning and wouldn’t have missed it for the world.

Thanks to Berling Boutique for my dress and to the wonderful talented Levy Corcoran for making my hat with just a weeks’ notice! And to Aisling McGeever for doing my hair. 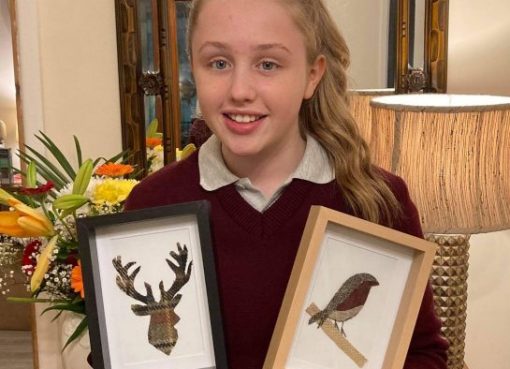 Ava has ‘Magee of Donegal’ in the frame! 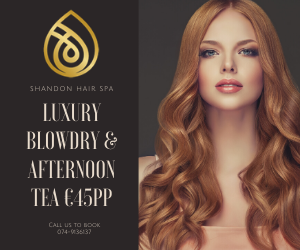 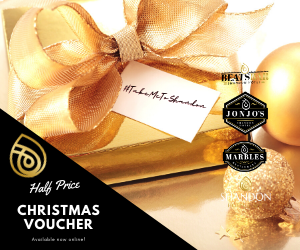 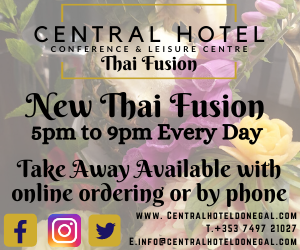