It was back to London last night (Saturday) to catch up with the Donegal/London crew in the fabulous Hilton Hotel in Wembley.

Myself and cousin Sinead made the trip for the big 70th Donegal Association London Annual Dinner flying out from City of Derry Airport with BMI which operates 2 flights a day to London Stansted. You can check in free at the airport which is so handy and better again there is no bag restrictions (23k bags fly for free) and you can also take a small bag for the hold. The airline offers complimentary drinks and snacks on board…..you couldn’t get better than that! Thanks to Charlene Shongo for her hospitality to us at the airport sending us off fed and watered!

We arrived at the fabulous Hilton hotel in Wembley where the 70th Donegal Association, London held their gala ball with almost 500 guests. 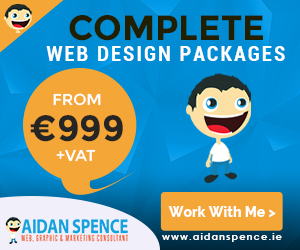 The committee headed by the Chairperson Tony McFadden in his 13th year was in along with his wife Phil, daughters Fiona and Emma, son Paul and son in law Dave and friends.

All the way from Kilcar to compere this prestigious event was the man himself Noel Cunningham.

Noel welcomed this years Honoured Guest our very own Daniel O Donnell who was escorted into the tastefully decorated ballroom by Tony and his wife Philomena. The Donegal GAA team from 92 led by their then Captain Anthony Molloy were all announced into the ballroom one by one. It was nice to see Brian McEniff there also and he was celebrating his birthday.

The Donegal Association in Dublin was represented by President Hugh Harkin, Marian, Kathleen, Siobhan, Crona, Elaine and Sorcha. Shane Wallace from Donegal TV was also there filming the event.

It came as a huge shock to Noel Cunningham when Daniel announced him as the London Donegal Person of the year 2017. I don’t know who was the biggest star of the night between Daniel and Noel but I must say this was the best night to date.

After the formalities and speeches were over, it was time to get the dancing shoes on to join a packed dance floor where Barry Owen and his band entertained the lively crowd and Daniel sang a few songs also.

Local character and timid photographer Brendan Vaughan from Carrigart launched a calendar in aid of Donegal hospice for his 6th year.

Thanks also to Tony for his hospitality as always and to his good wife Philomena and to Rachael Nealey for all her help and support as always organising our flights etc.

As ever thanks to Colm Ferry who knows how to look after us ladies and brought us to and from airport all organized by the Chairperson himself Tony McFadden. Well done to Clodagh Connolly and her committee for organising such a most enjoyable night. I would personally like to thank Kathleen Callaghan from Kay C Designs who made my dress for the Ball, check out her Facebook page.

I am just back home about an hour and this is all I can manage to write!! 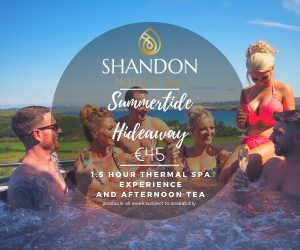 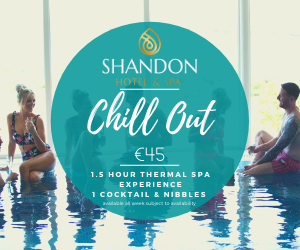 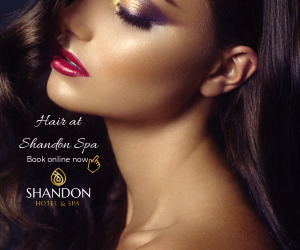 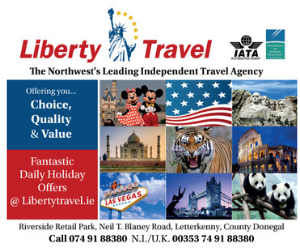